Scientific studies show that vegan nutrition is not just a trend. Because this natural form of nutrition brings along many positive aspects of health. Finally, scientists came to the result that the vegan diet is a healthier form of nutrition. (1) In the following article, you can read what are the benefits of a raw vegan diet.

The vegan diet is rich in nutrients, fibers and secondary plant compounds

Studies have shown that a low-fat vegan diet increased the uptake of health-protective nutrients and phytochemicals. Simultaneously this diet form leads to a reduced intake of dietary factors that have been associated with several chronic diseases. (5)

Generally, vegans are slimmer and healthier than omnivores (people who eat everything) (6). Amongst other things, this is caused by the high density of energy and too much protein in animal products like milk and meat.

That does not sound that much, but this provides a healthy and lasting weight loss. Lifestyle magazines often solicit crash diets, but they are not healthy. Instead, they lead to the well-known yoyo effect, because the diet is changed for a short time only and is based on a massive too low intake of energy. Different from these diets, vegan nutrition does not expect an emergency program from the body.

Animal Products As An Disease Elicitor

Products with an animal source are able to provoke numerous diseases. They contain too much unhealthy fats and cholesterol, which thickens the blood, and that can lead to arteriosclerosis.

Furthermore, a study from 2009 showed that the consumption of red and processed meat is associated with an increase in total mortality, cancer mortality, and cardiovascular disease mortality is brought in connection (8). When the meat is processed with high temperatures, carcinogenic bonds develop (heterocyclic amines) (9).

Additionally, many people are not aware of the fact that animal products can contain arrears of antibiotics and heavy metals.

Studies have shown that milk contains high levels of bovine estrogen and progesterone that cause hormonal changes in children and adults (10). Scientists question a causal or contributory role of cow's estrogen in prostate cancer, testicular cancer, breast cancer, and ovarian cancer (11,12). In addition, a study with a small number of participants showed that milk consumption reduces the secretion of gonadotropin, followed by a decrease in testosterone secretion (13).

Testosterone is a sex hormone. In the male body, it plays an essential role in the growth and development of secondary sexual characteristics.

Approximately 65% of the world's population has a reduced ability to digest lactose after childhood (lactose intolerance) (14). With a vegan diet, there are no problems with lactose intolerance, because there simply is no lactose in plants. This eliminates potential symptoms such as bloating and abdominal pain, caused by dairy products.

A better balance of acids and bases

In conclusion, the vegan diet causes the body to develop fewer acids in general. That makes it easier for the body to maintain acid and base balance (blood plasma balance). Small deviations from the normal value of 7.4 pH can already have significant impacts on well-being and organs.

Sulfur-containing amino acids (especially cystine and methionine) from animal proteins like milk and curd bond calcium from the bones and weaken them (16). The concentrated protein in animal meat and cow's milk contributes to the loss of calcium by the kidney, which increases the risk of osteoporosis and kidney stones (17 18).

According to John D. Grant, plant proteins are excellent for the health of the bones and avoid osteoporosis, if calcium and vitamin D are available in sufficient amounts in the body.

Additionally, both of the minerals potassium and magnesium, which are contained in high amounts in the vegan diet, as well as fruits and vegetables in general, help to keep healthy levels of bone mineral density (19 20 21).

See the foods rich in potassium and foods that contain magnesium here.

Lifestyle Diseases Do Not Exist In Veganism

Concerning vegans, lifestyle diseases like hypertension, diabetes, and heart- and vascular diseases do not exist in practice. Therefore, a plant-based diet is recommended by scientists to the patients who are suffering from these diseases (22).

Furthermore, vegans suffer from overweight only infrequently and have a smaller BMI in general (23 24.)

The vegan diet is basically free of cholesterol because plant foods contain no cholesterol. Therefore, vegans have the lowest cholesterol levels (25 26).

By the consumption of fruits and vegetables, the 'bad' LDL cholesterol can be lowered (27.) Fruits, vegetables, and plant fats also reduce the risk of stroke and chronic heart diseases (28 29). Strokes are often triggered by high blood pressure.

The mortality rate of a plant-based diet is lower than the one of non-vegetarian (14% for men) (30 31). Another study in Sweden has shown that the consumption of five portions of fruits and vegetables a day increases the expectation of life by three years (32).

According to Prof. Dr. T. Colin Campbell's the 'China Study,' you can reverse cancer and heart diseases with the help of the vegan diet. Scientists discovered that vegan ingredients like garlic could decrease the risk of lung cancer remarkably (33). A diet rich in vitamins prevents cancer of the colon and lungs (34). The consumption of legumes is also associated with a lower risk of prostate cancer (35).

According to a study from 2003, it is possible to reduce the risk of colon cancer by 40% by eating twice the amount of fibers. This was tested in population groups within average low amounts of fiber intake (39). With a vegan diet, it is easy to reach this health benefit because it is rich in fibers. Pursuant to a bigger study in 2015 with over 77,000 participants, compared to non-vegetarians vegans have a 16% smaller risk of colon cancer (40 41).

Scientists, who made a study in 2013, concluded from the results that the nutrients in fruits and vegetables can reduce the risk of pancreatic cancer (42). Furthermore, the vegan diet seems to confer a lower risk for overall and female-specific cancer than other dietary habits. (43)

In general, studies confirm that a vegan diet has a 14 to 15% lower risk of getting any kind of cancer in opposite to a non-vegetarian diet (44 45).

Studies of the University of Oxford confirm that vegans, unlike meat-eaters, have a lower disease incidence of high blood pressure and a lower systolic and diastolic blood pressure (46). That is reasoned with a difference in the body mass index.

You only need 190 grams of legumes a day to lower the blood pressure and to reduce heart problems (47).

According to a study published in 2011, vegans have a significantly lower risk of cataracts in comparison to people who eat a lot of meat (48). The risk was 40% lower. Compared to people who eat small amounts of meat and vegetarians, the risk was 36% and 10% lower. A cataract is the turbidity of the eye lens, which if not treated, can lead to blindness.

Taking a look at preventing Alzheimer's disease, the vegan diet comes close to the nutrition and live guidelines of a study from 2014 (49). The scientists advise:

With regard to nutrition, vegans should have an eye on vitamin B12 consumption, which is mostly lower. Therefore it is important for vegans to know, how they can cover the need (sources: chlorella, nori, shiitake mushrooms, white mushrooms, chanterelle as well as dietary supplements in plant-based milk and soy yogurt). Besides conscious nutrition, it is advisable to do endurance training for 40 minutes non-stop three times a week.

The nutrient supply can be improved with a well-planned vegan diet. This has a positive influence on sport performance and regeneration. This diet form is helpful in the prevention and treatment of certain diseases (for example cancer, heart failure, hypertension, dementia, hypercholesterolemia, gallstones).

Additionally, there is a huge potential for losing fat and/or weight. The goal is to develop a healthy lifestyle. This includes, besides the diet, sports. Pause every once in a while to calm down and regenerate.

Have you ever followed Vegan diet?

At Fitnationplus, We believe that all diets have their advantages and disadvantages in terms of sustainability, cost of following a diet, health benefits, etc.

Therefore in Fit CEO Formula, We introduce you to various types of diet and we teach how to follow a diet according to your lifestyle.

No diet is superior to other diets you should follow a diet you are comfortable with. Any carefully planned diet is healthy! 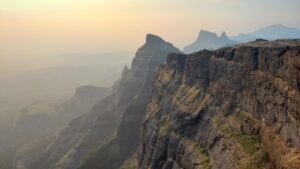 Trek to Harishchandragad: Magic of Ketones 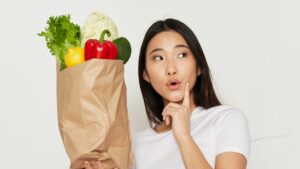 Intermittent fasting pros and cons: Is it best for you? 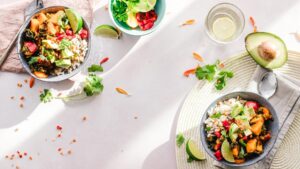 Cyclical ketogenic diet? - It's easy if you do it smart 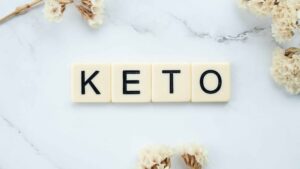 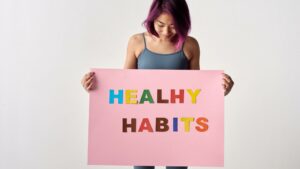 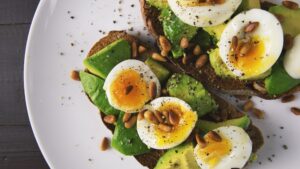