Cyclical ketogenic diet? - It's easy if you do it smart

What is the Cyclical ketogenic diet Diet? (CKD)

A more advanced type of ketogenic diet that is specifically designed for athletes and bodybuilders is the cyclical ketogenic diet, primarily known as the CKD diet. This program should be used by people who are training heavily at least four times per week and wish to maintain strength, performance, and muscle mass while cutting body fat.

The defining feature of the CKD diet is a 24 to 30 hour refeeding period of heavy carbohydrate consumption each week. Other than this period of time, the rest of the week is a typical ketogenic diet.

The refeeding period should last about 1.5 days each week. For convenience, I suggest starting on Friday or Saturday late afternoon and continuing until late the next night. Many individuals may find that they can adequately replenish glycogen stores simply by eating a large number of carbs without worrying about quality or overall macronutrients.

However, it is possible to optimally structure this period to minimize any fat gain, which is what you will want to do if you are a serious bodybuilder. During the first 24 hours of the refeeding period, you should eat 4-5 grams of carbohydrates per pound of lean body mass. For example, if you are 200 pounds at 20% body fat, you have 40 pounds of fat and 160 pounds of lean body mass and you would consume between 640 and 800 grams of carbs during the 24 hour period. This should be about 70% of overall calorie consumption with the remaining calories spread evenly between fat and protein.

Feel free to indulge in some of the cravings you have been missing all week. However, a truly clean carb-up will contain primarily healthy sources of carbs. Eat plenty of fruit for simple carbs since you haven’t gotten any all week and eat whole wheat bread, pasta, yams, oatmeal, and brown rice for good complex carbs.

Since we are looking at advance types of keto diets then we should also look at Targeted Ketogenic Diet (TKD).

What is the Targeted Ketogenic Diet (TKD Diet)?

If you are more of an endurance athlete that will be perming aerobic activity at a relatively high-intensity level for longer periods of time, a targeted ketogenic diet (TKD) may be right for you.

This type of diet schedules carbohydrate consumption around exercise on training days to avoid the difficulty of performing long sessions of aerobic activity while in ketosis. Ideally, this system allows you to utilize carbs for the energy required during the activity and rapidly return to ketosis afterword.

If you are an endurance athlete then you should check out this article and video:

High GI carbs usually work well, but you should experiment with different pre-workout sources and make sure you find one that does not upset your stomach during training.

It is not strictly necessary to consume carbs after the workout as 25-50 grams of protein will often be sufficient to help you recover. However, if the workout duration is long or particularly intense (if you are feeling light-headed afterward), an additional 25-50 grams of carbs should be consumed. For these carbs, you should avoid fructose or sucrose sources, but feel free to experiment with sources and amounts that you feel aid your recovery the most.

Outside of this crucial period of time around training, you should follow a traditional ketogenic diet. However, remember to factor in the number of carbs consumed around training into your overall macronutrient and calorie ratios. The extra calories from these carbs should be subtracted from the daily fat total to assure that your calories are still on track. 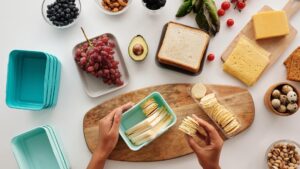 IIFYM:Have you ever heard about ? 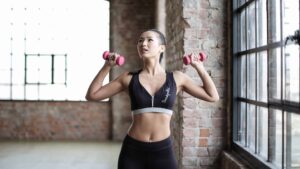 Not losing weight on keto? - Do this 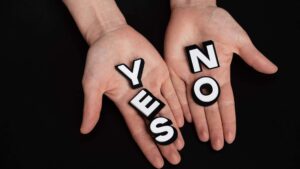 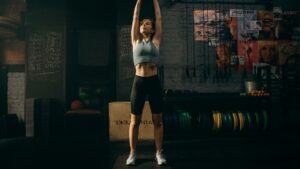 How to lose weight in 4 easy steps 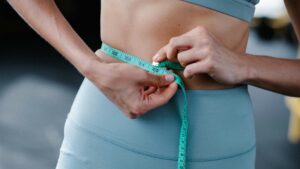 5 keto diet mistakes that will stop your progress